Along with their Craftsman kitchen remodel, this homeowner’s cramped, small bathroom was in need of a serious renovation.

This craftsman style home was built in the early 1900s and the small bathroom had its original mudset tile. The homeowners decided that they would like a walk-in shower rather than the cast iron tub that had existed. They were limited in counter top space to a tiny vanity and radiator cabinet. 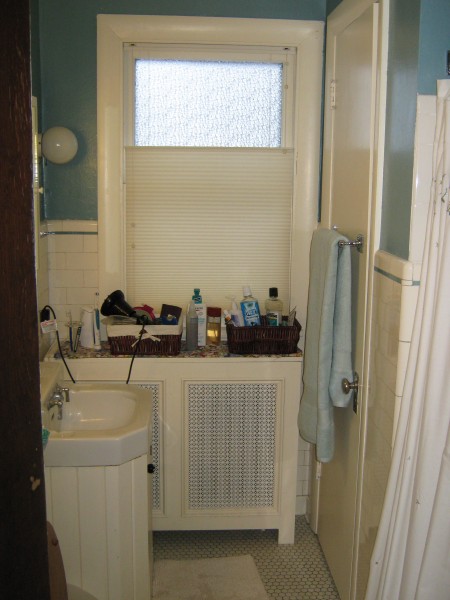 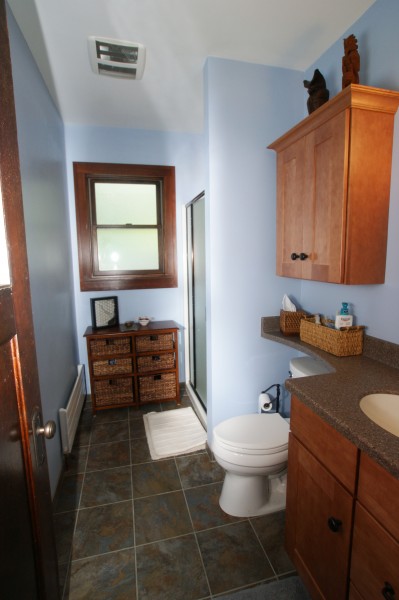 The slate flooring pulls in colors from the walls and cherry vanity cabinet, creating a sense of flow throughout the room. Extending the counter top as a banjo top over the toilet gave these homeowners as much counter top space as possible. 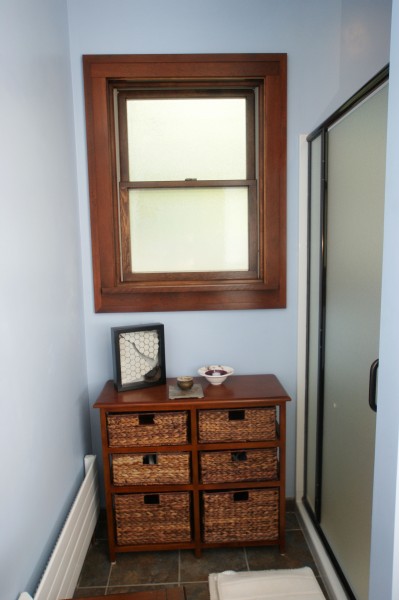 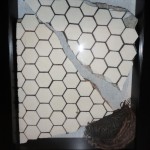 We replaced the radiator and its cabinet cover with a small wall radiator that is more energy efficient and space-saving. The homeowners found that they actually had extra space near the shower to place a small console table. It houses extra bathroom accessories as well as displays more of their artwork, including the shadow box we created as a Thank You present. 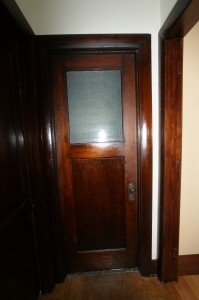 Exterior side of door

The new window has obscure glass to match the original door and new shower door. Before the remodel, the interior side of the bathroom door had mismatched hardware and a board covering the recessed panel detailing found throughout the door. On top of that panel were several layers of white paint.

We managed to get the door stripped and re-stained to match the existing woodwork, bringing the old house character to a side of the door the homeowners had no idea had a hidden recessed panel. 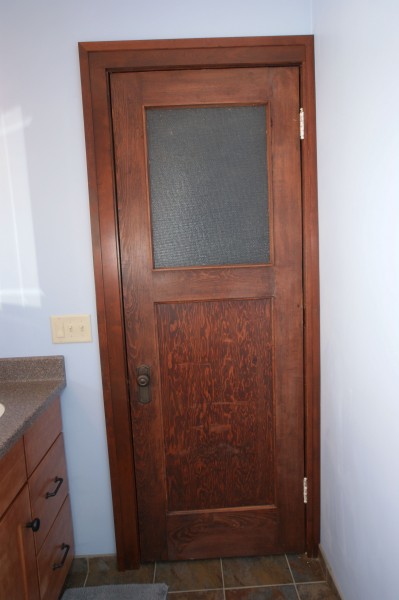 Since completion of their kitchen and bathroom project, these homeowners also tackled the 3-season porch on the front of their home. We completed the new sun room in April 2017. The result was a CoTY Award winning space! We also featured this beautiful home in the NARI Tour of Remodeled Homes in the spring of 2017. To read about their new Craftsman Sunroom check out our post Craftsman Sunroom-NARI Coty Award Winner.